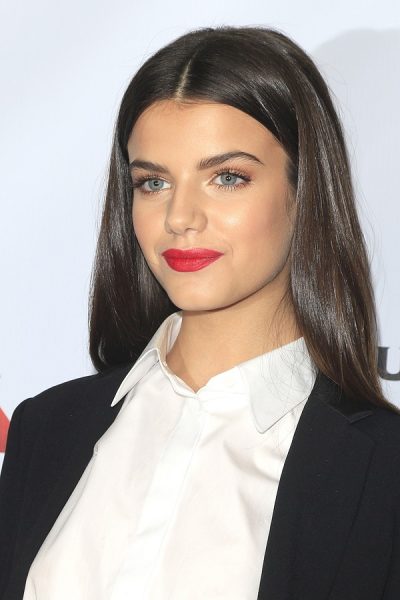 Ben Ammar in 2016, photo by kathclick/Bigstock.com

Sonia Ben Ammar is a French model, singer, and actress. She co-stars in the film Scream (2022). She is the daughter of international film producer and distributor Tarak Ben Ammar, of Quinta Communications, and actress Beata Ben Ammar. Her father was born in Tunis, Tunisia, and is Muslim. Her aunt (father’s sister) is writer Hélé Béji. Her mother is of Polish origin. She graduated from the American School of Paris.

Sonia’s great-aunt (grandfather’s sister), Wassila Bourguiba (born Wassila Ben Ammar), was married to Habib Bourguiba, who was the first President of Tunisia. She was thus First Lady of Tunisia, from 12 April, 1962 to 11 August, 1986.

Sonia’s paternal grandfather was Mondher Ben Ammar (the son of Mhamed Ben Ammar and Fatma Dellagi). Mondher was born in Tunisia, and was a politician and diplomat, who served as Minister of Tourism, Minister of Youth and Sports, Minister of Health, and Minister of Social Affairs, and the Tunisian ambassador to Italy, Germany, and the Netherlands. Mondher was from a family of senior officials and large landowners. Mhamed was the son of Haj Mohamed Ben Ammar and Saïda Eliès, and was a lawyer. Saida’s parents were said to have been Italian converts to Islam. Sonia’s great-grandmother Fatma was the daughter of Chedli Dellagi.

Sonia’s paternal grandmother was named Simone Gaggeri. Simone had Corsican Italian and/or French ancestry, and was a convert to Islam.

Genealogy of Sonia’s father (focusing on his father’s side) – https://en.rodovid.org