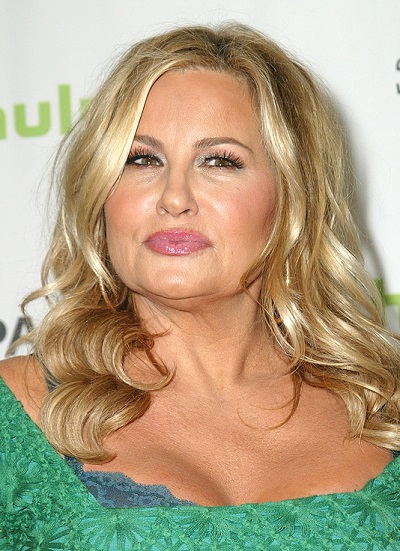 Coolidge in 2013, photo by cvanwagoner/Bigstock.com

Jennifer Coolidge is an American actress, comedian, and activist. She is known for playing Stifler’s mother in the American Pie films, among many other roles, including Best in Show, Legally Blonde, A Mighty Wind, A Cinderella Story, Date Movie, Click, Single All the Way, 2 Broke Girls, The Watcher, and The White Lotus.

Jennifer is the daughter of Gretchen and Paul Coolidge, a plastics manufacturer. She was raised in Norwell, Massachusetts.

Jennifer’s paternal grandmother was Susannah Cunningham (the daughter of Frederic Cunningham and Hetty Sullivan Lawrence). Susannah was born in Brookline, Massachusetts. Frederic was the son of Charles Cunningham and Roxalina Dabney, who was evidently born in France, to American parents. Hetty was the daughter of Amos Adams Lawrence and Sarah Elizabeth Appleton.

Jennifer’s maternal grandfather was Paul August Knauff (the son of Henry Knauff and Frederica/Frederika/Friederike Marie Maulfinger/Mulfinger). Paul was born in Wisconsin, to German parents. Henry was the son of John/Johannes J. Knauff and Elizabeth Schmidt. Frederica was the daughter of Georg Heinrich/Henry Mulfinger and Rosine Marie/Mary Herman/Hermann.

Jennifer’s maternal grandmother was Mildred Ann Adkisson (the daughter of William Frank Adkisson and Margaret Ann Portlock). Mildred was born in Illinois. William was the son of Joseph Newton Adkisson and Cassey/Cassie A. Harding. Margaret was the daughter of Samuel Vince Portlock and Nancy I. Frizell.

Genealogy of Jennifer’s paternal great-grandfather, Frederic Cunningham (focusing on his father’s side) – http://worldconnect.rootsweb.ancestry.com