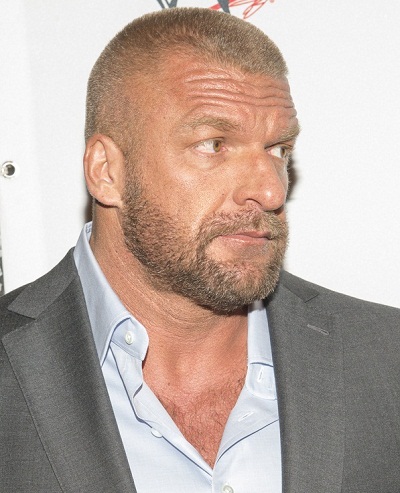 Triple H is an American business executive, professional wrestler, and actor. He is the Executive Vice President of Global Talent Strategy & Development for WWE. Triple H is also the founder and senior producer of NXT, and the creator of its television series. He has also been credited as Hunter Hearst Helmsley, Jean-Paul Lévesque, Terra Ryzing, Terra Risin’, and Terror Rising.

Triple H’s paternal grandfather was Leo Alfred Lévesque (the son of Desire Lévesque and Mexilla Grenier). Leo was born in Canada, and moved to New Hampshire as a child. Desire was the son of Telesphore Lévesque and Georgianna Thériault. Mexilla was the daughter of Louis Grenier and Mélina Heroux.

Sources: Genealogy of Triple H (focusing on his father’s side) – https://www.geni.com