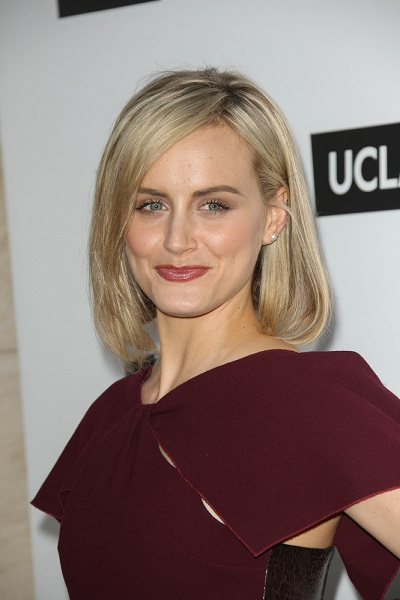 Schilling in 2014, photo by Prphotos.com

Taylor Schilling is an American actress.

On her mother’s side, she has colonial American roots going back to the 1600s.

Taylor’s maternal grandmother was Lucia Fairchild Taylor (the daughter of John Warner Taylor and Clara Bertram Fuller). John was the son of John Stevenson Taylor and Mary Elizabeth Steele. Clara was the daughter of artists Henry Brown Fuller and Lucia (Fairchild) Fuller, the granddaughter of figure and portrait painter George Fuller, and the great-granddaughter of Jairus C. Fairchild (Jairus Cassius Fairchild), who was the first Mayor of Madison, Wisconsin. Lucia’s brother was composer and diplomat Blair Fairchild, and Lucia’s uncle, Taylor’s great-great-great-great-uncle, was Lucius Fairchild, who was Governor of Wisconsin, from 1866 to 1872.

Genealogy of Taylor Schilling (focusing on her mother’s side) – https://www.geni.com

Genealogy of Taylor’s maternal great-grandmother, Clara Bertram Fuller (focusing on her own father’s side) – http://worldconnect.rootsweb.ancestry.com