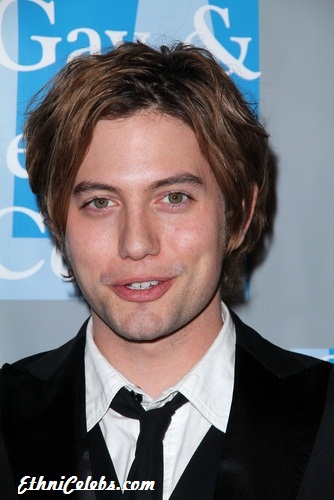 Jackson Rathbone is an American actor and musician. He is known for playing Jasper Hale in the Twilight films (2008-2012).

Jackson was born in Singapore, to American parents, and was raised in the United States, including Midland, Texas, and also in Indonesia. He is from a family that has resided in the United States for many generations. His ancestry is heavily German and English, along with smaller (to varying degrees) amounts of Cajun/French, Scottish, Scots-Irish/Northern Irish, Irish, Dutch, and Spanish.

Jackson is married to dancer Sheila Hafsadi, with whom he has three children.

Jackson’s paternal grandmother is Barbara Theo Faures (the daughter of Morris Hypolite Faures and Audrey Leonora Carpenter). Barbara was born in Louisiana. Morris was the son of Louis Bernard Faures, whose father was French, and who was also of part Spanish ancestry; and of Olivia Theresa Williams. Audrey was the daughter of Charles Frank/Franklin Carpenter and Barbara Ella Montegudo; Barbara was of one eighth Spanish descent, with roots in Santiago, Galicia.

Jackson’s maternal grandmother is Brenda Lynn Baker (the daughter of William Garrett Baker and Suzanne/Susan Katherine D’Aubert). William was the son of Alfred Thomas Baker, Sr. and Mary Arvella Sanders. Suzanne’s father, Francis D’Aubert, was the son of a Cuban-born father, of French origin, and of an Irish mother, from County Donegal. Suzanne’s mother, Daisy Edna Skardon, was the daughter of an English father, from Devon.

Sources: Genealogies of Jackson Rathbone (focusing on his father’s side) – http://worldconnect.rootsweb.ancestry.com
https://www.geni.com
http://familypedia.wikia.com

Genealogy of Jackson’s paternal grandfather, Monroe Jackson Rathbone III (focusing on his own father’s side) – http://www.rathbun-family.com

Genealogy of Jackson’s mother (focusing on her mother’s side) – http://worldconnect.rootsweb.ancestry.com