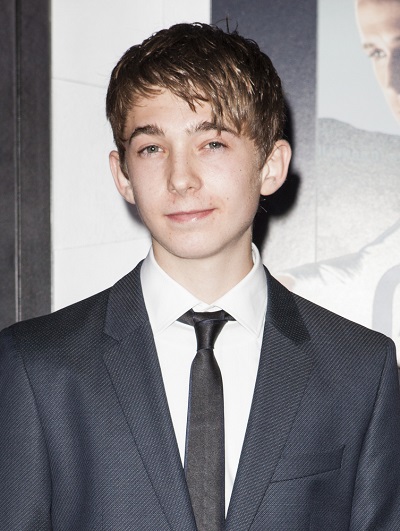 Abrams in 2013, photo by Prphotos.com

Austin Abrams is an American actor. He has had leading roles in the films Brad’s Status, Scary Stories to Tell in the Dark, Chemical Hearts, Do Revenge, and Paper Towns, among others.

He was raised in Sarasota, Florida.

Austin’s paternal grandfather is David Abrams (the son of E. Max Abramson and Lillian Foland). E. Max was born in Maryland, to Russian Jewish parents, with his mother’s name being Elke Neche Paznanski. Lillian was born in Baltimore, Maryland, the daughter of Jewish parents from the Russian Empire, Jacob “Jake” Foland and Annie/Anna London, who was born in Minsk, Belarus.

Source: Genealogy of Austin’s father (focusing on his own mother’s side) – http://www.geni.com