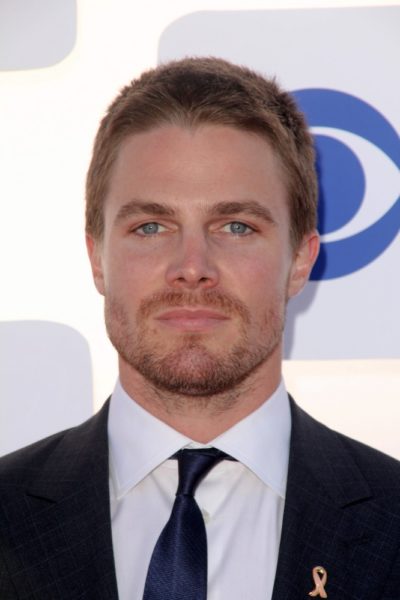 Stephen Amell is a Canadian actor, producer, and professional wrestler. He stars in the show Arrow. His first cousin is actor Robbie Amell. Stephen is married to American actress and model Cassandra Jean, with whom he has two children.

Stephen’s ancestry is English, Scottish, German, and approximately 1/16h French-Canadian. Many of Stephen’s ancestral lines have been in Canada going back many generations, on both sides of his family. He also has American-born ancestors going back to the 1600s.

Stephen’s paternal grandmother was Rosemary Hewetson (the daughter of Alfred Russell Hewetson and Rosa Melvina Breithaupt). Rosemary was born in Brampton, Ontario. Alfred was the son of English parents, John William Hewetson and Eliza Jackson. Rosa was the daughter of Louis Jacob Breithaupt, who was of German descent, and of Emma Alvarena Bowman Devitt, who was of entirely or almost entirely German ancestry.