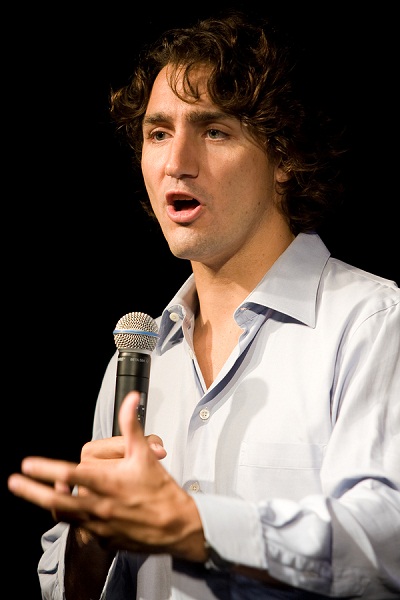 Trudeau in 2011, image via Mark Spowart/Bigstock.com

Justin Trudeau is a Canadian politician. He is the twenty third Prime Minister of Canada, having been sworn into office on November 4, 2015. He has been Leader of the Liberal Party, since April 14, 2013, and Minister of Intergovernmental Affairs and Youth, from November 4, 2015 to July 18, 2018. He has served as a Member of Parliament for Papineau (QC), since October 14, 2008.

His father, Pierre Trudeau (Joseph Philippe Pierre Yves Elliott Trudeau), served as Prime Minister of Canada, from April 20, 1968 to June 4, 1979, and again, from March 3, 1980 to June 30, 1984. His mother, Margaret Joan (Sinclair), is a writer, actress, photographer, and television personality. His maternal grandfather was Liberal Party politician, and businessperson, James Sinclair. Prime Minister Trudeau is married to television host Sophie Grégoire Trudeau, with whom he has three children.

Prime Minister Trudeau’s paternal grandmother was Grace Elliott (the daughter of Philippe/Phillip/Philip Armstrong Elliott/Elliot and Sarah Rebecca Sauvé). Prime Minister Trudeau’s paternal grandmother Grace was born in Montréal, Québec, and was of approximately one half French-Canadian descent, with her other roots being Scottish, and possibly distant Dutch. Philippe was the son of Edward Simon Elliott/Elliot and Amelia/Emilie Morrisson/Morrison. Sarah was the daughter of Séraphin Francois Sauvé and Agnès Clark. 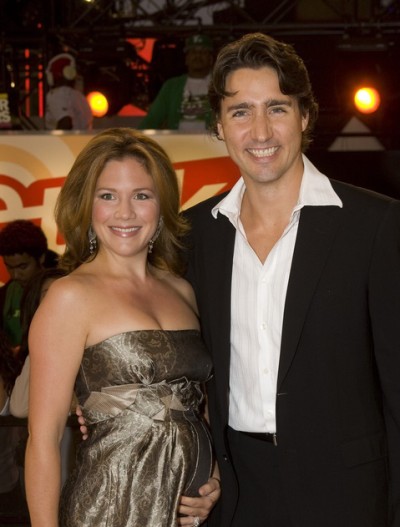 Justin Trudeau with wife Sophie Grégoire in 2008, photo by Prphotos

Prime Minister Trudeau’s matrilineal great-grandmother Rose Edith Ivens was born in Virden, Manitoba, Canada, the daughter of Charles Howe Ivens, who was from Buckinghamshire, England, and of Julia Webb, who was also English.

Family history of Prime Minister Trudeau’s mother on Who Do You Think You Are? – http://www.cbc.ca
https://web.archive.org