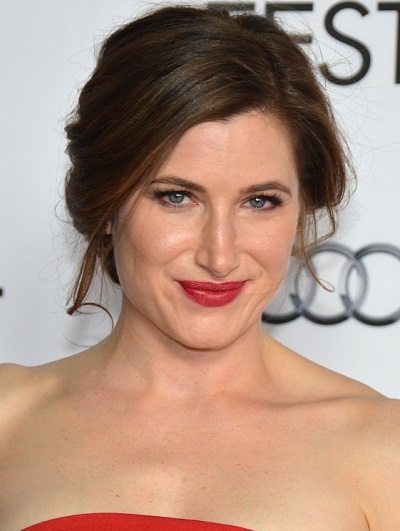 Kathryn Hahn is an American actress and comedian. Her roles include Step Brothers, The Visit, Parks and Recreation, Mrs. Fletcher, and I Know This Much Is True, among others.

She was raised Catholic. Her father is of half German and half Irish descent. Her mother’s ancestry is three quarters German, with the rest being Irish and English.

Kathryn is married to actor Ethan Sandler, with whom she has two children.

A DNA test whose results were displayed on the show Finding Your Roots with Henry Louis Gates, Jr. (2022) stated that Kathryn’s genetic ancestry consists of:

Genetically, she was found to have a common ancestor with actress and director Regina King, through her mother’s side, through shared European ancestry.

Genealogy of Kathryn Hahn (focusing on her mother’s side) – http://freepages.genealogy.rootsweb.ancestry.com