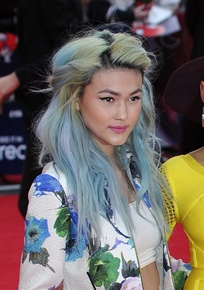 Asami Zdrenka is British singer. She is a former member of the British band Neon Jungle, along with Shereen Cutkelvin, Amira McCarthy, and Jessica Plummer.

Asami was born in Japan. Her father has English, Danish, and Irish ancestry. Her mother is Japanese. Asami was raised in Suffolk, England.