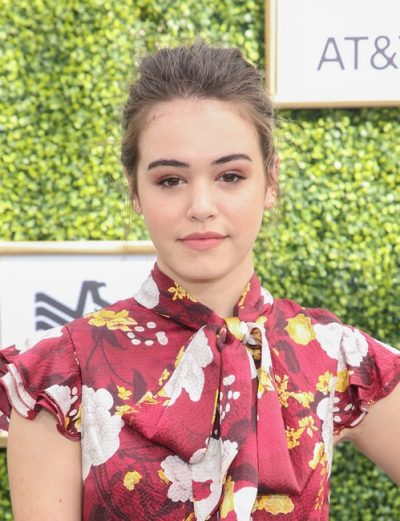 Bryant in 2018, photo by Prphotos.com

Kaylee Bryant is an American actress and model. She stars on the series Legacies.

Kaylee’s paternal grandmother is Marie Theresa Mutchler (the daughter of Frederick Gerald Mutchler and Anne/Ann Marie Healy). Kaylee’s grandmother Marie was born in Wisconsin. Frederick was born in Wisconsin, the son of Fred Peter Mutchler, whose parents were German, and of Cecilia/Celia Elgas/Elgass, whose father was also German. Anne was born in Illinois, the daughter of Michael Dennis Healy, whose parents were Irish, and of Mary Bridget Cecilia Quinn, who also had Irish heritage.