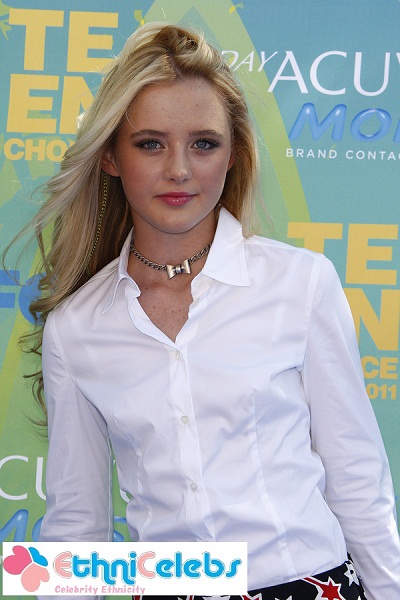 Newton in 2011, image via Joe Seer/Bigstock.com

Kathryn Newton is an American actress and golfer. She has also been credited as Kathryn Love Newton. She has had leading roles in the films Paranormal Activity 4, Blockers, Ben Is Back, Pokémon Detective Pikachu, Freaky, and The Map of Tiny Perfect Things, and on the show The Society, among other works.

She is the daughter of Robin and David Newton.

Kathryn’s paternal grandfather was Howard Keith Newton (the son of Robert Huntington Newton and Julia Wilson). Howard was born in Nebraska. Robert was a member of the Nebraska State Legislature, and was the son of Abram Newton and Margaret Ann Cochran/Cochrane. Julia was the daughter of Samuel John Wilson, whose parents were from Ireland, and of Jennie Elizabeth Hamilton, who herself was born in Fintona, County Tyrone, Northern Ireland.