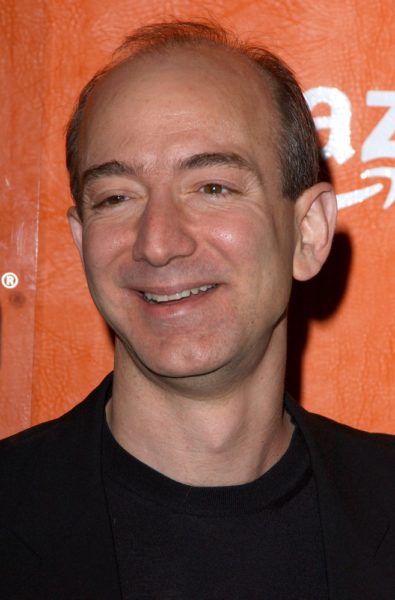 Jeff Bezoz is an American technology and retail entrepreneur, philanthropist, investor, electrical engineer, and computer scientist. He is the founder, chairman, and chief executive officer of the world’s largest online shopping retailer, Amazon.com. He has been the world’s richest person.

He was Time Magazine’s Person of the Year for 1999.

Jeff is the son of Jacklyn (Gise) and Theodore John Jorgensen. His stepfather, Miguel “Mike” Bezos, is Cuban, and formally adopted Jeff. Jeff was raised in Houston, Texas. He has four children with his former wife, novelist MacKenzie Scott.

Jeff’s paternal grandmother was Dolores Pollock (the daughter of Henry Dwight Pollock and Lillian Margaret DeWall). Dolores was born in Iowa. Henry was the son of Irish parents, Arthur Pollock and Lydia Nagle, who was from Cork. Lillian was the daughter of Hie “Heide” DeWall, who was German, and of Lena Cathryn Wolpert.

Jeff’s maternal grandfather was Lawrence Preston Gise (the son of Lloyd Preston Gise and Rebecca Mabel/Mable Hall). Lawrence was born in Texas. Lloyd was the son of Daniel Kerlin Gise and Adeline/Adaline A. “Addie” Kearns. Rebecca was the daughter of Thomas King Hall and Henrietta Trammell.

Jeff’s maternal grandmother was Mattie Louise Strait/Straight (the daughter of Yancy/Yancey Clarence Straight/Strait and Marie A. Vesper). Mattie was born in Texas. Yancy was the son of John Joseph Straight/Strait and Martha Eudora “Mattie” Kilgore. Marie was the daughter of Bernhardt Vesper and Frances Louise Bitter, who both had German ancestry.

Genealogy of Jeff’s maternal great-grandfather, Yancy/Yancey Clarence Straight/Strait (focusing on his own father’s side) – https://www.geni.com