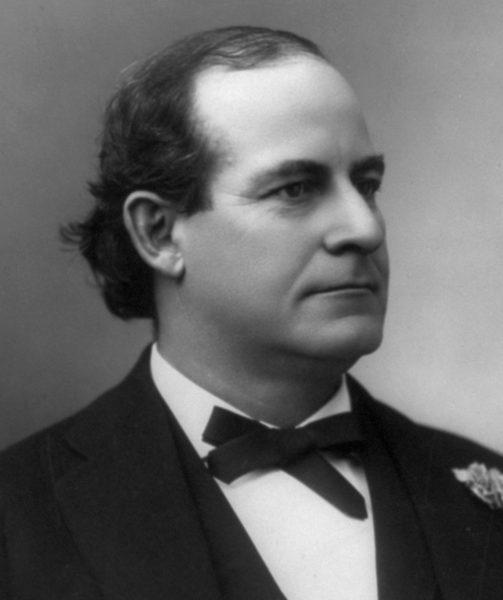 William Jennings Bryan was an American politician and orator. A member of the Democratic Party, he served as a Member of the U.S. House of Representatives from Nebraska, from March 4, 1891 to March 3, 1895, and the 41st U.S. Secretary of State, from March 5, 1913 to June 9, 1915. He also represented the anti-evolution side in the Scopes Trial, dying five days after its conclusion. He was known as “The Great Commoner.”

William was the son of Mariah Elizabeth (Jennings) and Silas Bryan (Silas Lillard Bryan), who was a judge and member of the Illinois Senate, from 1852 to 1860. William was married to writer, suffragette, and attorney Mary Baird Bryan, until his death, with whom he had three children, including Ruth Bryan Owen. Ruth was an author and Democratic politician, who was a Member of the U.S. House of Representatives from Kentucky, from March 4, 1929 to March 3, 1933, and U.S. Ambassador to Denmark, from May 29, 1933 to June 27, 1936.

William’s maternal grandfather was Charles Waters Jennings (the son of Israel Jennings and Mary Waters). Charles was born in Kentucky. Israel was the son of Charity Freeman. Mary was the daughter of Josephus Burton Waters and Margaret Lansdale.