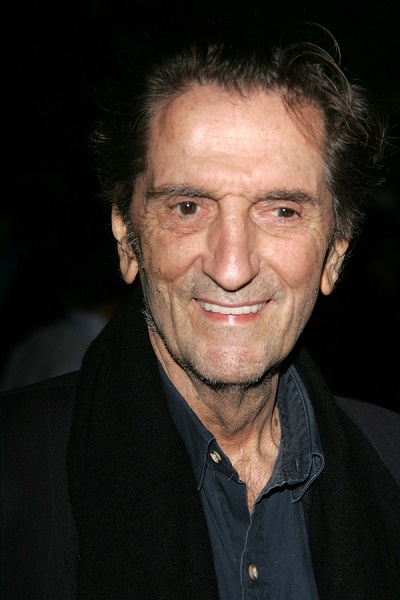 Stanton in 2006, photo by s_bukley/Bigstock.com

Harry Dean Stanton was an American actor, musician, and singer. He was the son of Ersel Greene (Moberly) and Sheridan Harry Stanton. His family had lived in the United States for many generations.

Harry’s paternal grandfather was Solomon Allen Stanton (the son of William M. Stanton and Obedience Stroud). Solomon was born in North Carolina. William was the son of John/Jonathan Shelton Stanton and Margaret Elizabeth Piveley/Piverly. Obedience was the daughter of David Stroud.

Harry’s maternal grandfather was Archibald Crawford “Archie”/Arch Moberly (the son of Valentine Crawford Moberly and Agatha Smyth/Smith). Archibald was born in Kentucky. Valentine was the son of John N. Moberly and Armina Delina Crawford. Agatha was the daughter of George Smyth/Smythe and Nancy Green Cole.

Harry’s maternal grandmother was Zouie/Zuey/Jamie Maude/Maud Wilson (the daughter of Harvey Lucas Wilson and Mary Susan Marcum). Zouie was born in Kentucky. Harvey was the son of Jonathan Bangum Wilson and Elizabeth A. Freeman. Mary Susan was the daughter of Lewis Elias Marcum and Mary Jane Bowles.

Genealogy of Harry Dean Stanton (focusing on his father’s side) – http://genforum.genealogy.com