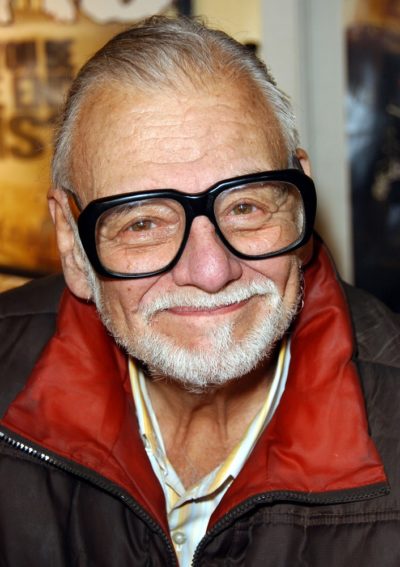 George A. Romero was an American and Canadian filmmaker, director, editor, and screenwriter. He is known for his classic horror films, including Night of the Living Dead (1968), Dawn of the Dead (1979), Creepshow (1982), and Land of the Dead (2005). He is widely credited as having created the modern-day zombie genre.

George was born in The Bronx, New York City, the son of Anne/Ann (Dvorsky/Dvorski) and Jorge/George Marino Romero.

George’s father was born in Ferrol, Galicia, Spain, and George has described his father as Castilian. He was raised between Cuba and The Bronx, New York, U.S. George’s mother is said to have origins in Lithuania.

He took on dual U.S. and Canadian citizenship in 2009. He was married to Suzanne Desrocher, until his death. He had a son with his first wife Nancy, and two children with his second wife, actress Christine Forrest.

George’s paternal grandfather was Antonio Romero (the son of José Romero and Vincenta Rodríguez). Antonio was born in Neda, a small village near Ferrol in north Galicia (Spain). José was the son of Lorenzo Romero and Juana Rodríguez.

George’s maternal grandfather was named Vincent Dvorsky (the son of Peter Dvarackas, and of a woman surnamed Mishkinis). Vincent was born in Vilnius, Lithuania.

George’s maternal grandmother was Mary Shadrik (the daughter of Vincent Shadrik, and of a woman surnamed Wiczkovska). Mary was born in Lithuania.

Genealogy of George A. Romero (focusing on his mother’s side) – https://www.geni.com