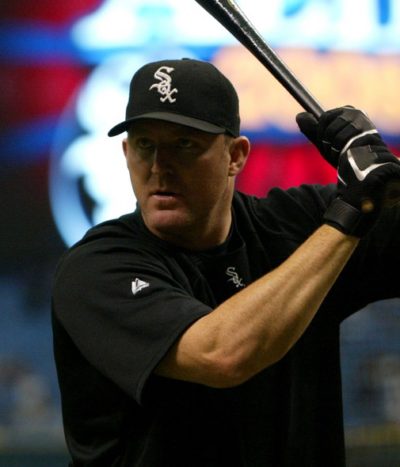 Jim Thome is an American professional baseball player. Jim is the son of Joyce and Chuck Thome, Jr. He is married to Andrea, with whom he has two children.

Jim’s paternal grandfather was Charles Arthur Thome (the son of Nicolas Frank Thome and Elizabeth Monroe). Charles was born in Illinois. Nicolas was the son of Mathias Thome and Anna Rowe. Elizabeth was the daughter of William Monroe and Susanna Birtel.

Jim’s paternal grandmother was Lois Alene Mason (the daughter of Clyde Calvin Mason and Hazel Shepherd). Lois was born in Illinois. Hazel was the daughter of Melvin Shepherd and Ida.