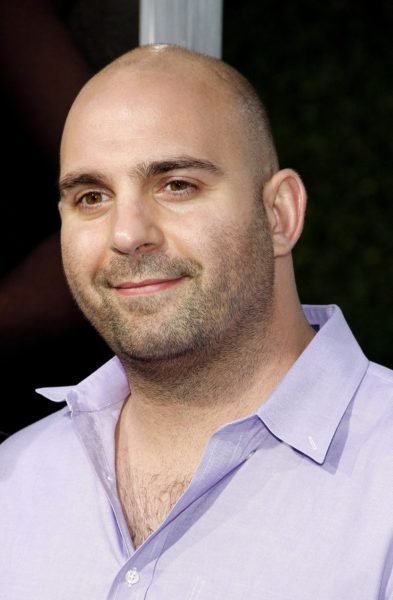 Zappa in 2012, photo by Starfrenzy/Bigstock.com

Ahmet Zappa is an American writer, musician, producer, and publisher. He is the son of businessperson Gail Zappa (born Adelaide Gail Sloatman) and musician, songwriter, and composer Frank Zappa. Ahmet is named after Turkish-born music executive Ahmet Ertegun. Ahmet is married to designer and writer Shana Muldoon, with whom he has a daughter. Shana is the sister of actor and musician Patrick Muldoon. Ahmet is a cousin of model and actress Lala Sloatman.

Ahmet’s father said that he also had French, Greek, and/or Arab ancestry. It is not clear if this ancestry has been verified/documented.

In the book Zappa, 1993, by Barry Miles, Ahmet’s mother’s ancestry was described as “Danish, Irish, Portuguese, and French.” It is not clear if Ahmet’s Danish, Irish, and French ancestry has been verified/documented. One of Ahmet’s third great-grandfathers, William A. Sloatman, was apparently born in Denmark, but of German descent.

Ahmet’s maternal grandfather was John Klein Sloatman (the son of John Klein Sloatman and Grace Maxwell Herman). Ahmet’s grandfather John was born in New Jersey. Ahmet’s great-grandfather John was the son of William Charles Sloatman and Emily Klein, and was of German descent. Grace was the daughter of Henry Edwin Herman, who was likely of German descent; and of Mary C. Van Hoesen, whose father was of Dutch descent and whose maternal grandparents were Irish.