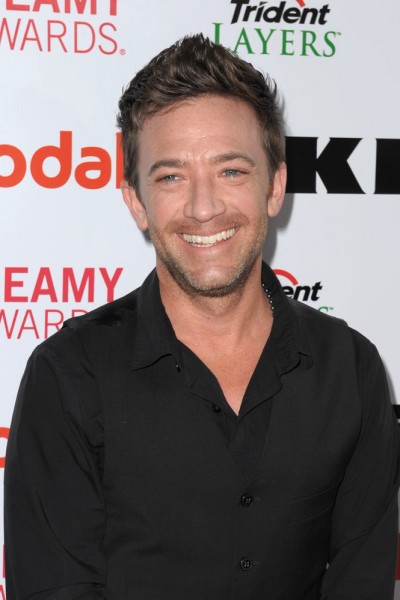 Faustino in 2010, photo by Prphotos.com

David Faustino is an American actor, rapper, and radio personality. He is known for his role as Bud Bundy in the sitcom Married… with Children. He is the host of “Old Scratch Radio” on Dash Radio.

David is the son of Kay and Roger Faustino. His brother is actor Michael Faustino. He has a daughter with his partner Lindsay Bronson.

David’s maternal grandfather was Donald Dunbar Freeman (the son of Louis/Lewis Henry Freeman and Bertha J. Savage). Donald was born in Ohio. Louis was the son of James Freeman and Laney Davis. Bertha was the daughter of Benjamin Savage and Elizabeth Robinson.

David’s maternal grandmother was Hilda Marie Anders (the daughter of Cyrus Anders and Lillie May Slonaker). Hilda was born in Ohio. Cyrus was the son of George A. Anders and Matilda E. Barringer. Lillie was the daughter of Samuel/Solomon Slonaker and Mary Hopkins.

Genealogy of David Faustino (focusing on his mother’s side) – http://wc.rootsweb.ancestry.com

Genealogy of David’s mother (focusing on her father’s side) – http://wc.rootsweb.ancestry.com