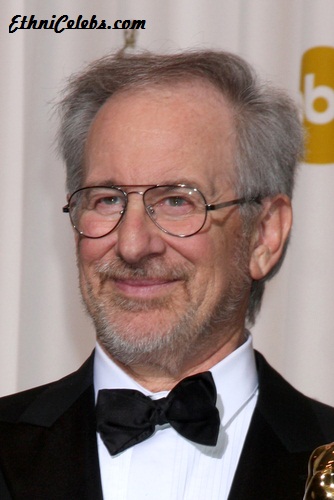 Steven Spielberg is an American film director, producer, and screenwriter. He has twice won the Academy Award for Best Director, for Schindler’s List (1993) and Saving Private Ryan (1998). He has also directed Jaws, Close Encounters of the Third Kind, Raiders of the Lost Ark, The Color Purple, Jurassic Park, Amistad, A.I. Artificial Intelligence, Minority Report, and Lincoln, among other films.

Steven is the son of Leah Frances (Posner) Adler, a concert pianist and restaurateur, and Arnold Meyer Spielberg, an electrical engineer, involved in the computer industry. His sister, Nancy Spielberg, has worked as a producer.

Steven was born into a Jewish family, from Russia, Ukraine, Poland, and Lithuania. He stated in an article in the New York Times that he was often bullied in school in California for being Jewish. His family has ties to victims of the Holocaust, in the Ukraine and Poland.

Steven is married to actress Kate Capshaw. Kate is a convert to Orthodox Judaism. Steven has a son with his former wife, actress Amy Irving; and five children with Kate, including musician Theo Spielberg and actress and musician Sasha Spielberg. His sister is writer and producer Anne Spielberg. His stepdaughter is actress Jessica Capshaw.

Steven is one of the founders of the studio DreamWorks SKG, along with David Geffen and Jeffrey Katzenberg.

Steven’s maternal grandfather was Fievel/Phillip/Philip Posner (the son of Simon S. Posner and Miriam Rasinsky). Phillip was born in Odessa, Russian Empire, now in Ukraine. Simon was the son of Ezekiel/Ekusiel Posner and Anna Feldman/Fildman. Miriam was the daughter of Benjamin Rasinsky. The mouse in the film An American Tail (1986) is named Fievel after Steven’s grandfather.