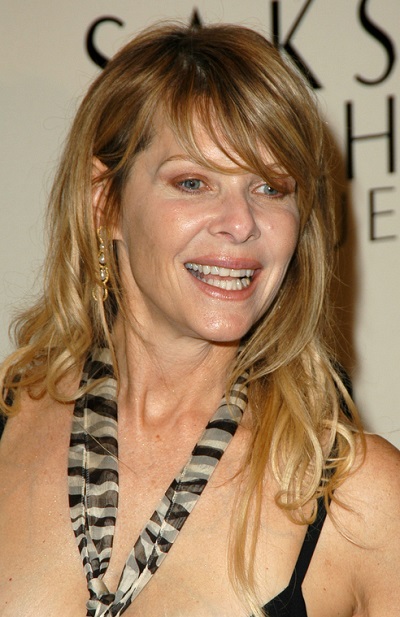 Capshaw in 2005, photo by Prphotos.com

Kate Capshaw is an American actress. Her roles include Indiana Jones and the Temple of Doom, Dreamscape, SpaceCamp, Black Rain, My Heroes Have Always Been Cowboys, Love Affair, How to Make an American Quilt, and The Love Letter.

Kate is the daughter of Beverly and Edwin Nail. She is married to director, producer, and screenwriter Steven Spielberg. She has a daughter, actress Jessica Capshaw, with her former husband, businessperson Robert Capshaw; and five children, including musician Theo Spielberg and actress and musician Sasha Spielberg, with Steven.

Kate has English, and some German, ancestry. Kate is a convert to Orthodox Judaism.

Kate’s paternal grandmother was named Bertha Bessie Bergman (the daughter of Louis Bergman and Annie). Bertha was born in Illinois. Louis was German.

Kate’s maternal grandfather was Eldon W. Simon (the son of George Cleveland Simon and Anna B. Seaborn). Eldon was born in Illinois. George was the son of George Simon and Maxey/Maxie Julia Browning. Anna was the daughter of Thomas Seaborn and Emma, who was English.

Genealogy of Kate Capshaw (focusing on her father’s side) – http://worldconnect.rootsweb.ancestry.com