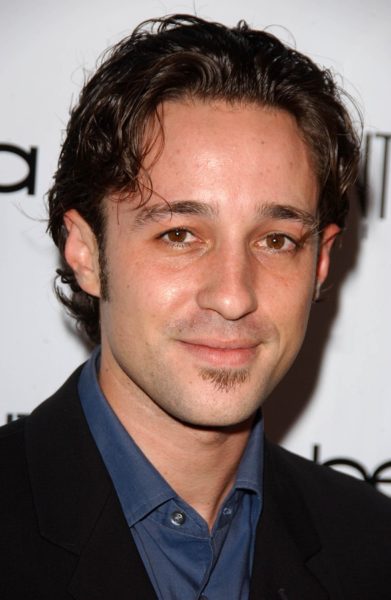 Nicholas in 2007, photo by s_bukley/www.bigstockphoto.com

Thomas Ian Nicholas, also credited as Thomas Nicholas, is an American actor, singer, musician, producer, director, and writer. He is known for starring in Rookie of the Year and as Kevin in the American Pie films.

One of his brothers is actor Tim Scarne. Thomas’ mother is professional dancer Marla Nicholas. Thomas is married to house music DJ and vocalist DJ Colette, with whom he has two children, including actor Nolan River.

Thomas’ paternal grandfather was comedian Bobby Sargent (Robert William Scarnecchia, the son of Angelo Scarnecchia and Elena Ferraro). Bobby was born in Ohio, to parents who were actors with the Italian theater, a touring company that presented plays in Italian and English. Angelo was born in Barrea, L’Aquila, Abruzzo, the son of Orazio Antonio Scarnecchia and Cleonice Santa D’Aquila. Elena was born in Montecalvario, Naples, and was the daughter of Angelo A. Ferraro and Filomena Napolitano.

Thomas’ maternal grandfather was Francis Starr Berry Rea (the son of Frederick Albert Berry and Fay Goodman). Francis was born in California. Frederick was born in Massachusetts, the son of Albert Lawrence Berry and Lillie Amelia Mason. Fay was born in Utah, the daughter of Nathaniel Goodman, who was born in Bristol, England, to parents from Cornwall, and of Ada Flavilla Emeline Weeden.