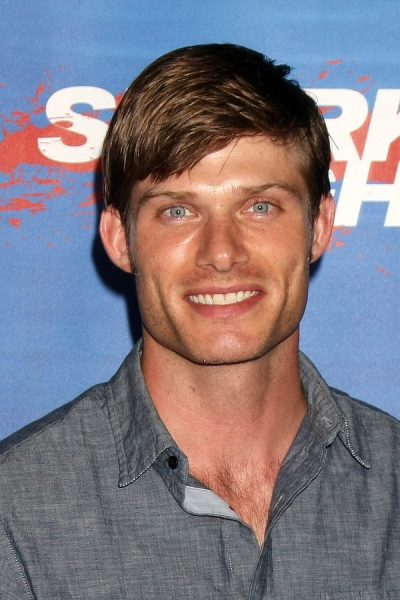 Chris Carmack is an American fashion model, actor, and singer. He is known for his roles on the shows The O.C., Nashville, and Grey’s Anatomy, and in the films The Last Ride, Love Wrecked, Suburban Girl, and Shark Night, among others.

He was raised in Derwood, Maryland. He is married to Erin Slaver, with whom he has a daughter. Erin is of paternal Irish and maternal Ashkenazi Jewish descent.

Chris’ patrilineal line can be traced to Christopher Carmack, who was born, c. 1653, likely in Scotland. Christopher emigrated to Maryland.

Chris’ paternal grandfather was James Kerr Carmack (the son of Mark M. Carmack and Helen M. Kirby). James was born in Atlantic City, New Jersey. Chris’ great-grandfather Mark was the son of James K. Carmack and Carrie/Carolyn/Caroline M. Malatesta, who herself was born in Pennsylvania, to Italian parents, with her father having been born in Cicagna, Genoa, Liguria. Chris’ great-grandmother Helen was the daughter of John Albert Kirby and Flora Celesta/Celeste Lieberman, whose own parents, Joseph Lieberman and Walburga/Walberger Doneggar/Donegger, were from Immendingen, Tuttlingen, Baden-Württemberg, Germany, and were Catholic.

Chris’ maternal grandmother was Eleanor Ruth Snoke (the daughter of Raymond Snoke and Helen C./K. Musser). Eleanor was born in Pennsylvania, and had deep roots in the state, including significant or predominate German ancestry. Raymond was the son of Charles Henry Snoke and Eva Peters Turner. Helen was the daughter of Luther Willis Musser and Frances May “Fannie” Shaffer/Schaeffer.

Chris’ matrilineal line can be traced to Magdalene (Smith) Grimm, who was born, c. 1795, in Snyder County, Pennsylvania.