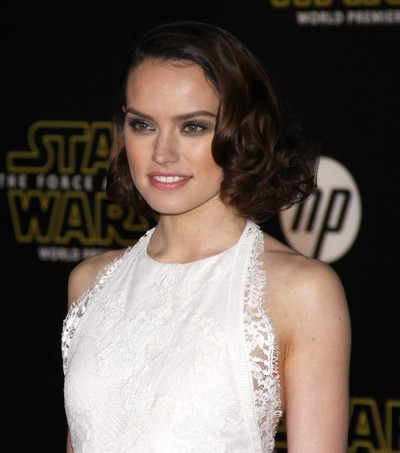 Daisy Ridley is an English actress. She is known for starring in Murder on the Orient Express (2017) and several Star Wars films. She is the daughter of Louise Fawkner-Corbett and Christopher Ridley, a photographer.

At least part of her father’s family is from Ennis, County Clare, Ireland.

Daisy’s maternal grandfather was Roger Picton Fawkner-Corbett (the son of William Victor Fawkner-Corbett and Dorothy Frances Bauer/Barr). Roger was born in Thanet, Kent, England. The Fawkner-Corbett family were landed gentry. William was born under the surname Corbett, and added Fawkner- to his surname; he was the son of William G. Corbett and Florence. Daisy’s great-grandmother Dorothy was the daughter of William Bauer (whose own father, Moritz/Maurice Bauer/Baner, was German, from Saxony, and whose own mother was English, from Norfolk, England), and of Minnie Louisa Cowley.

Genealogies of Daisy Ridley (focusing on her mother’s side) – http://www.geni.com
http://gw.geneanet.org