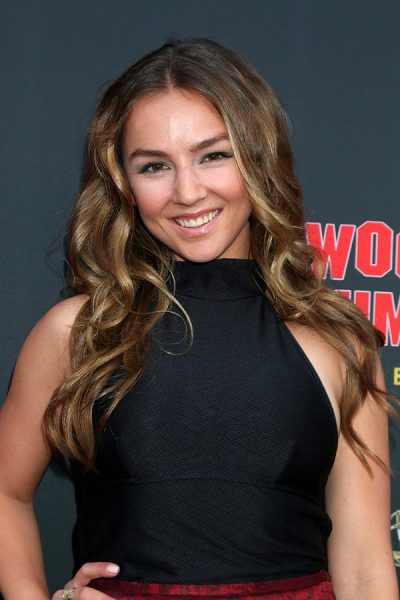 Ainsworth in 2017, photo by Joe Seer/www.bigstockphoto.com/

Lexi Ainsworth is an American actress.

Lexi has stated that she has “Native American ancestry along with French, Scottish & English.”

According to some trees, one of Lexi’s paternal ancestors is James William David Trader McDaniel, who was born, c. 1716, in Scotland, and his wife, Su Gi Sookie Sally Granny Grasshopper Moytoy, who was born, c. 1729, in Tennessee, and who is said to have been entirely of Cherokee ancestry. Among Lexi’s maternal ancestors is John L. Woody, who was born in Tennessee, c. 1802, and who is said to have been the son of Cherokee Native American parents, John L. Woody, or IV Sub-Chief Catawa Council Cherokee Catawa, and Mary Cherokee or Catawa.

Lexi’s maternal grandfather is Bert Edward Galloway (the son of Samuel Adams “Sam” Galloway and Helen L. Plum). Bert was born in Oklahoma. Samuel was born in Missouri, the son of Daniel E. Galloway and Ida. Helen was born in Iowa, the daughter of John Albert Plum and Nora Stewart.