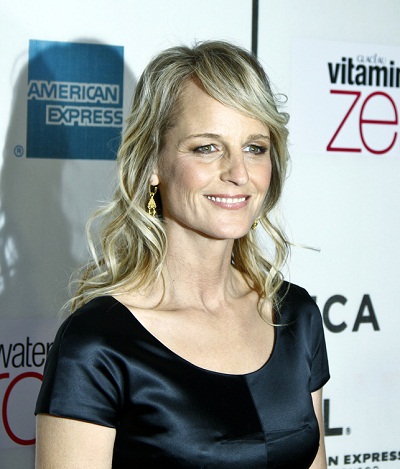 Hunt in 2010, image via vonora/Bigstock.com

Helen Hunt is an American actress, writer, and director. She won the Academy Award for Best Actress for As Good as It Gets (1997).

She is the daughter of Jane Elizabeth (Novis), a photographer, and Gordon Hunt, a director and casting director. Her uncle, father’s half-brother, was director Peter H. Hunt. Her father was of half German Jewish and half English descent. Her mother was of English ancestry.

She has a daughter with her former partner, producer, writer, and director Matthew Carnahan.

Helen’s paternal grandfather was George Smith Hunt II (the son of Philip Barstow Hunt and Fannie Ella Perry Kibbee). George was born in Minneapolis, Minnesota, and was from a New England family of English descent. Philip was the son of George Smith Hunt and Augusta Merrill Barstow. Fannie was the daughter of Chandler Waldo Kibbee and Harriet Sophia Stebbins.

Genealogy of Helen Hunt (focusing on her father’s side) – http://www.wikitree.com