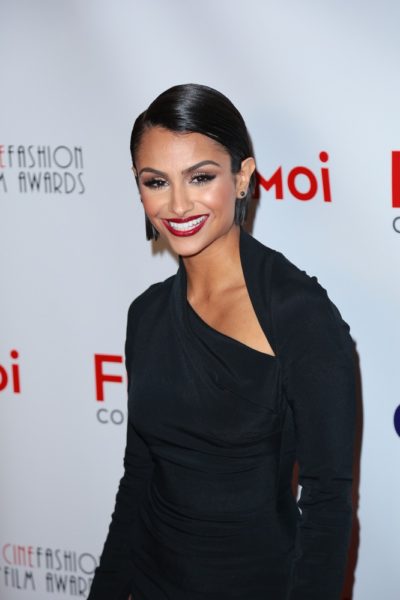 Nazanin Mandi is an American singer, actress, and model. She is the daughter of Ali Reza Mandighomi and Luz Cecilia Saenz. Her first cousin is actress Arienne Mandi. Nazanin is married to singer, songwriter, record producer, and actor Miguel. She is also known as Nazanin Mandi Pimentel.

Some sites state that she has Persian, Spanish, Mexican, and Native American ancestry. Her first name, Nazanin, is of Persian origin.