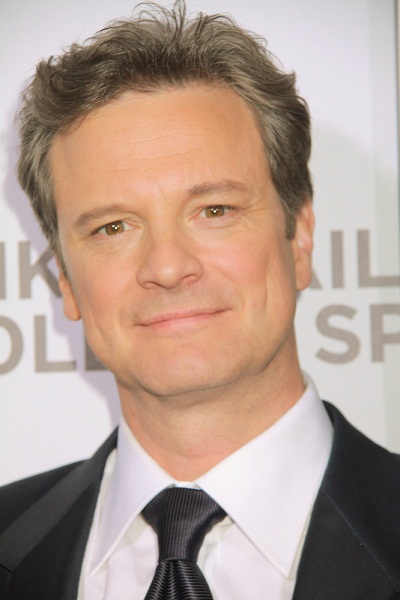 Colin Firth is an English actor. He won the Academy Award for Best Actor for The King’s Speech (2010).

He is the son of Shirley Jean (Rolles) and David Norman Lewis Firth, both academics and teachers. He spent part of his childhood in Nigeria and St. Louis, Missouri. His siblings, Kate Firth and Jonathan Firth, are also actors. Colin is married to Italian film producer Livia Giuggioli. He has a son, actor William Joseph Firth, with his former partner, actress Meg Tilly; and two children with Livia.

Colin’s paternal grandfather was Cyril Bruce Firth (the son of Norman Kennardy/Kennedy Firth and Mary Helen Bruce). Cyril was born in Huddersfield, Yorkshire, England. Norman was the son of Wilson Firth and Mary Sykes. Colin’s great-grandmother Mary Helen was the daughter of Robert Bruce, who was from Aberdeenshire, Scotland, and was an Independent Congregationalist Minister; and of Alice Briggs, from Lancashire, England.

Colin’s paternal grandmother was Helen Mary Lewis (the daughter of Edwin Herbert Lewis and Dora Katharine/Katherine Slater). Helen was born in India. Edwin was born in India, and was a Congregationalist minister. He was the son of Edwin F. Lewis and Elizabeth, who were missionaries from Somerset, England. Dora was the daughter of Thomas Ebenezer Slater, a missionary, from the Independent Minister Society of London Missionaries; and of Jane Elizabeth Coles, who was born in Madras, India, also to missionary parents.

Colin’s maternal grandmother was Helen Jean Johnson (the daughter of Edward John Martyn Johnson and Eleanor Mather Bruce). Helen was born in South Mimms, Middlesex, England. Edward was the son of George Edward Johnson and Mary Frances Ball. Eleanor was of Scottish and Ulster-Scots/Northern Irish descent, and was the daughter of James Thomas Bruce, who was born in Perthshire, Scotland, and of Jemima Fairley Roulston, who was born in Northern Ireland.