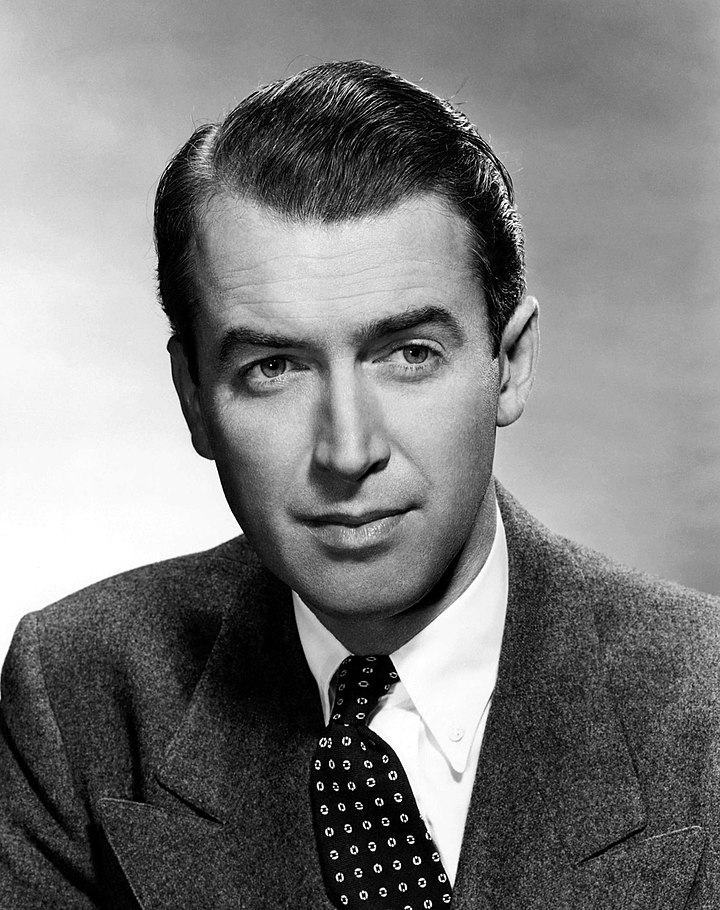 James Stewart, also known as Jimmy Stewart, was an American actor and military officer. He won the Academy Award for Best Actor for The Philadelphia Story (1940). He was the first American movie star to enlist in World War II.

He is also known for starring in the film It’s a Wonderful Life (1946).

James was the son of Elizabeth Ruth (Jackson) and Alexander Maitland Stewart. Most of his family roots were Scots-Irish/Northern Irish and Scottish, with a small amount of Irish and English ancestry. He had deep family roots in Pennsylvania. James was married to actress and model Gloria Hatrick McLean, until her death, with whom he had two children.

James’s paternal grandfather was James Maitland Stewart (the son of John Kerr Stewart and Elizabeth Hindman Armstrong). James’s grandfather James was born in Pennsylvania. John was evidently born at sea, the son of William Stewart, from Ireland, and of Margaret Gettys. Elizabeth was the daughter of Alexander Armstrong and Lena Ann Hindman.

James’s paternal grandmother was Virginia Kelly (the daughter of James M. Kelly and Elizabeth/Eliza Taylor). Virginia was born in Pennsylvania. James was the son of Meek Kelly and Jane Moorhead. Elizabeth was the daughter of Robert Taylor and Margaret Payton.

James’s maternal grandmother was Mary Eeaston Wilson (the daughter of John McConnell Wilson and Ruth Goheen). Mary was born in Pennsylvania. John was the son of Robert Wilson, from County Tyrone, Ulster, and of Sarah McConnell. Ruth was the daughter of James Miller Goheen and Elizabeth Davis.