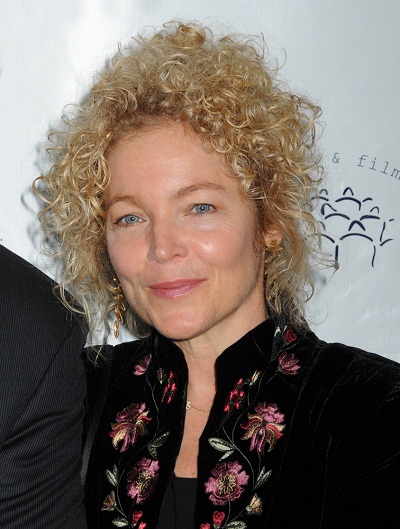 Amy Irving is an American actress. She is known for her roles in the films Carrie, Yentl, and Crossing Delancey, among many others.

She is the daughter of director Jules Irving (born Jules Israel) and actress Priscilla Pointer. Amy’s father was Jewish; his family emigrated from Russia. Amy’s mother has a Jewish (of Ashkenazi and Sephardi descent) great-grandfather; the rest of Amy’s mother’s ancestry is English, Welsh, Northern Irish/Scots-Irish, and German.

Amy is married to documentary filmmaker Kenneth Bowser. She has two sons, one each with her former husbands, directors Steven Spielberg and Bruno Barreto.

Amy’s paternal grandmother was Ida S. Emanuel (the daughter of Pinkus/Puinkus Emanuel and Bessie Marcus). Ida was born in New York, to Russian Jewish parents. Pinkus was the son of Rubin Emanuel and Malky Klectsky. Bessie was the daughter of Abrum Marcus and Tonky Sheapron.

Amy’s maternal grandfather was Kenneth Keith Pointer (the son of John Richard Pointer and Josephine “Josie” Hoffman). Kenneth was born in Missouri. John was the son of Joseph M. Pointer and Artamissa Phillips. Josephine was the daughter of German parents, Ludwig/Louis Hoffman and Jacobine/Josephine Kaw.

Sarah’s father, Jacob Barrett Cohen, was Jewish; his parents, Jacob Cohen and Sarah Barrett, were from Jewish families that had lived in South Carolina for several generations, and had both Ashkenazi and Sephardi ancestry. Jacob Barrett’s ancestors fought in the American Revolution and the War of 1812.