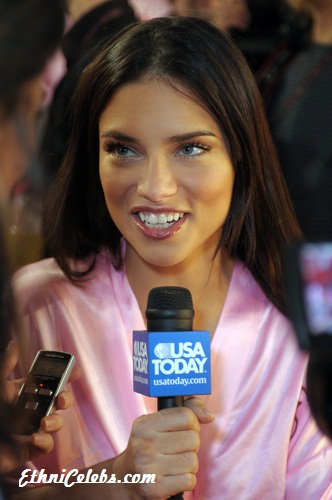 Adriana Lima is a Brazilian model and actress.

She stated on Fashion television that she is of Swiss, African, and Native American heritage. She has also said:

I’m [an] Afro-Brazilian… and my family [is also] mixed with Japanese, Black… and West Indian.

Her surname, Lima, is Portuguese. Brazil has a large Japanese community that has been established there since the early 1900s.

Some sites say that Adriana also has French ancestry.

One of Adriana’s grandmothers is named Julia.

A DNA test that Adriana appeared to post on her Instagram stated that her genetic ancestry includes: