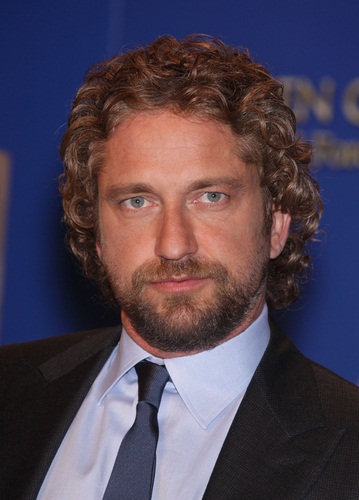 Gerard Butler is a Scottish actor. He has starred in the films Andrew Lloyd Webber’s The Phantom of the Opera, 300, The Bounty Hunter, and Olympus Has Fallen, among many others.

Gerard was born in Paisley, Renfrewshire, Scotland. He was raised Catholic. He is either of entirely or partially Irish ancestry. It is not clear if he is also of Scottish descent. His mother’s maiden name is Hanton, which can be Scottish or Irish. Gerard has said that he is “a little Scots boy whose whole family are Irish. They really are – my family is from all over Ireland.”

Gerard’s family moved to Montréal, Québec, Canada, when he was several months old. He returned with his mother to Scotland not long after, and was raised there. Gerard is related to writer and director Mike Flood.

Gerard’s paternal grandfather was Johnny Butler (the son of Edward Butler and Mary Brennan). Edward and Mary were from Myshall, County Carlow, Ireland.

Gerard’s maternal grandmother was named Mary/May Flood. May was born in Renfrewshire, Scotland. The Flood family was from County Wicklow, Ireland.

Genealogy of Gerard Butler (focusing on his father’s side) – https://www.geni.com