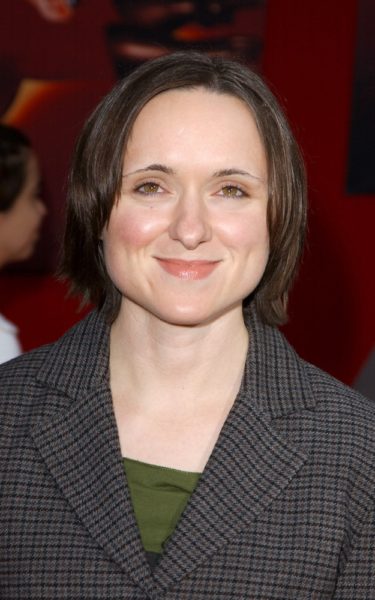 Sarah and her sister Amy have talked about their ancestry in a podcast on the radio program This American Life. There, Sarah said (on 05:18), “I’m an eighth Cherokee on my mother’s side, [and] about a sixteenth on my father’s.” Her sister said (on 06:09) that they have a Swedish grandmother, and (on 06:31): “we’re a little French and Scottish and English and Seminole too, typical American mutt.”

Sarah’s paternal grandmother was of Swedish descent, and both her grandfathers were of part Cherokee Native American descent. The rest of her documented ancestry is English, Scottish, German, Swiss-German, and distant Irish. It is not clear from where her French and Seminole Native American ancestry comes from.

Sarah’s paternal grandfather was Howell Carlile Vowell (the son of Charles Walter Vowell and Mary “Lena” Carlile). Howell was born in Oklahoma. He was of Cherokee and European descent.

Sarah’s paternal grandmother was Esther Carolyn Lundin (the daughter of Alfred Lundin and Ellen Larm). Esther was born in Kansas, to Swedish parents.

Sarah’s maternal grandfather was Cisero Lafatte Parson (the son of Johnson Anderson Parson and Mary Harriet “Molly” Hinds). Cisero was born in Oklahoma. Johnson was born in Park Hill, Cherokee Nation, Oklahoma, the son of Peter “Kil-ah-nee-cah” Parson and Margaret Elizabeth Sanders, and was of Cherokee Native American, Scottish, and English descent. Mary was the daughter of William Henry Hinds and Mary Jane Baughman, and had German, English, Swiss-German, and some Irish, ancestry.

Genealogy of Sarah’s mother (through her own brother) – https://www.findagrave.com