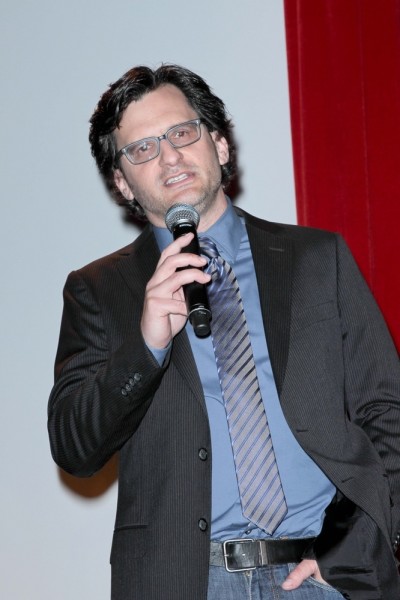 Mankiewicz in 2012, photo by Prphotos.com

Ben Mankiewicz is an American radio and television personality. He was a co-host of the show At the Movies, from 2008 to 2009, with Ben Lyons.

Ben is married to Lee Russo.

Ben’s father was Jewish, of German Jewish and Russian Jewish descent. Ben’s mother was raised in the LDS (Mormon) church, and is from a family of English, and some Scottish, German, Welsh, and Scots-Irish/Northern Irish ancestry.

Ben’s paternal grandfather was Herman Jacob Mankiewicz (the son of Franz/Frank Mankiewicz and Johanna Blumenau). Herman was born in New York. His parents were Jewish emigrants. Herman’s brother, Ben’s great-uncle, was director, screenwriter, and producer Joseph L. Mankiewicz (Joseph Leo Mankiewicz). Franz was born in Berlin, Germany, the son of Jakob Mankiewicz, who was born in Leszno, Leszno County, Poland, and of Karoline/Karolina/Lina Eckmann, who was born in Lissa, Posen, Prussia. Johanna was from Kurland, Latvia.

Ben’s paternal grandmother was Sara Sulamith Aaronson (the daughter of Reuben Aaronson and Olga H. Milwitzky). Sara was born in Maryland, to Russian Jewish parents. Olga was the daughter of parents surnamed Milwitzky and Mandelstamm.

Genealogy of Ben Mankiewicz (focusing on his father’s side) – https://www.geni.com