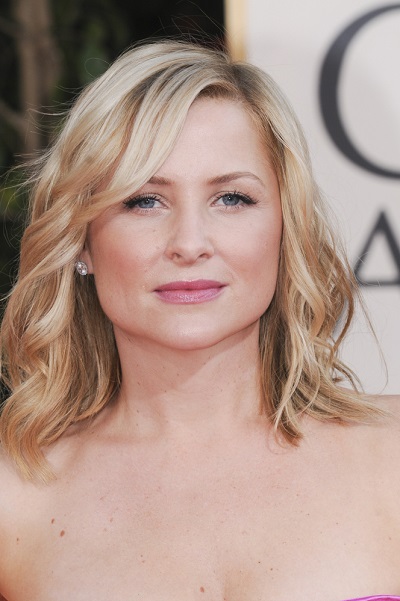 Capshaw in 2009, photo by Prphotos.com

Jessica Capshaw is an American actress.

Jessica is the daughter of businessperson Robert Capshaw and actress Kate Capshaw. Her stepfather is director, producer, and screenwriter Steven Spielberg. Among her half-siblings are musician Theo Spielberg and actress and musician Sasha Spielberg.

Jessica is married to Christopher Gavigan, with whom she has four children.

Jessica’s paternal grandfather was Robert Harold Capshaw (the son of Ira Harold Capshaw and Verda/Berda Leora Prosser). Robert was born in Missouri. Ira was the son of William Henry/Harold/Carrol Capshaw and Nancy Cathern/Catherine Ferguson. Verda was the daughter of Luther Prosser and Martha Griffin.

Jessica’s paternal grandmother was Juanita Clara Scheeter (the daughter of John Frank Scheeter and Bertha Amrhein). Juanita was born in Missouri. John was the son of John Scheeter and Rosalia Oreinte Messmer. Bertha was the daughter of Anton L. Amrhein, who was born in Missouri, to German parents, and of Louise Mary Legrand, who was of Belgian/Walloon and Alsatian German descent.

Jessica’s maternal grandfather was Edwin Leon Nail (the son of Myron Hooper Nail and Bertha Bessie Bergman). Edwin was born in Waggoner, Montgomery, Illinois. Myron was the son of Richard Henry Nail and Lucy Mary Hooper, whose own parents were from Somersetshire, England. Bertha was the daughter of Louis Bergman, who was German, and of Annie.

Jessica’s maternal grandmother was Beverley/Beverly Sue Simon (the daughter of Eldon W. Simon and Evelyn Beryl Roberts). Beverley was born in Illinois. Eldon was the son of George Cleveland Simon and Anna B. Seaborn, whose mother was English. Evelyn was the daughter of Myron Eugene Roberts and Pearl Ethel Pugh/Depugh.

Genealogy of Jessica’s mother (focusing on her own father’s side) – http://worldconnect.rootsweb.ancestry.com