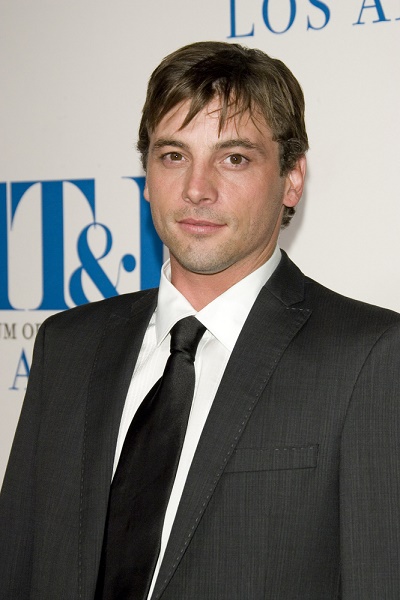 Skeet Ulrich is an American actor. He is known for his roles in the film Scream and the shows Riverdale and Jericho, among many other projects.

He was born Bryan Ray Trout. His mother Carolyn first re-married to D. K. Ulrich, a NASCAR driver and team owner. His uncle (mother’s brother) is Ricky Rudd, who is also a NASCAR driver, and is nicknamed “The Rooster.” Skeet was raised in North Carolina.

Skeet’s patrilineal line can be traced to Johann Wendel Georg Traut, who was born, c. 1689, in Kleinfischlingen, Electoral Palatinate, Holy Roman Empire, which is now in Südliche Weinstraße, Rheinland-Pfalz, Germany.

Skeet’s maternal grandfather was Alvin Ray Rudd, Sr. (the son of Walter Scott Rudd and Pearl Verdie/Vertie Harrell). Alvin was born in Virginia, and was president of Al Rudd Auto Parts. Walter was the son of William Stockton Rudd and Sarah Virginia Pettit. Pearl was the daughter of Walter Riddick Harrell and Julia Anna Corstaphney.

Sources: Genealogy of Skeet’s father (through his own brother) – htthttps://wc.rootsweb.com

Genealogy of Skeet’s mother (focusing on her father’s side) – http://worldconnect.rootsweb.ancestry.com

Genealogy of Skeet’s maternal great-great-grandfather, Richard Monroe Byrd (focusing on his own father’s side) – https://www.geni.com