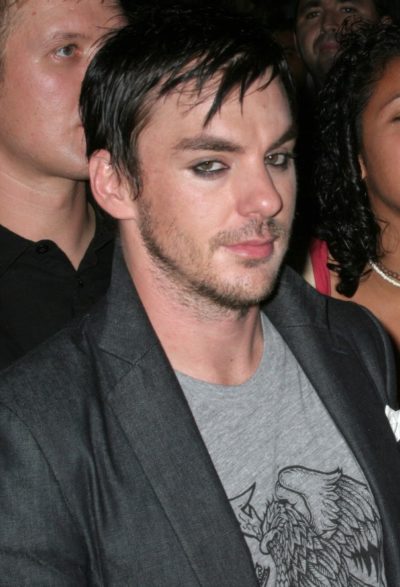 Shannon Leto is an American musician and songwriter. He is the drummer of the band Thirty Seconds to Mars, for which his brother, actor Jared Leto, is a vocalist, multi-instrumentalist, and songwriter.

Shannon is the son of Constance (Metrejon) and Tony L. Bryant. Leto was the surname of Shannon’s stepfather/adoptive father, Carl Leto. The surname is Italian.

Shannon’s father, who was from Kentucky, had British Isles/English ancestry. Shannon’s mother, who is from Louisiana, has Cajun [French], smaller amounts of English, Irish, German, and Scottish, at least 1/256 Spanish, and remote Dutch and Mi’kmaq First Nations, ancestry. Some of Shannon’s ancestors were born in Acadia, now Canada, and Barbados.

At a concert, Shannon’s brother Jared waved the Spanish flag and stated that his maternal grandfather was of part Spanish descent. One of Shannon’s maternal seven times great-grandfathers, Manuel Quintero, was Spanish, and was born, c. 1745, in Sainte Croix, Canary Islands, Spain. This makes Shannon of 1/512 Spanish descent. It is not clear if he has any other Spanish ancestry, as some people of Cajun descent do.

Shannon’s mother’s Metrejon line can be traced to Joseph Marie Maitrejean, who was born, c. 1778, in Belle-Île-en-Mer, France, an island off the coast of Brittany.

Shannon’s maternal grandfather was Edmond William “Willie” Lee Metrejon (the son of Charles J. Metrejean and Ethel Ryder). Edmond was born in Louisiana. The Metrejon/Metrejean surname had originally been spelled Maitrejean. Charles and Ethel were born in Louisiana. Charles was the son of Joseph-Frédéric Metrejean and Victoire-Octana Savoy. Ethel was the daughter of William/Willie Ryder and Marie Berthilde “Bertha” Wyble.

Shannon’s maternal grandmother was Ruby Mae Russell (the daughter of Joseph Lee Russell and Helen Hessie Hoffpauir/Houfpauir/Huffpain). Ruby was born in Louisiana. Joseph was born in Florida, to a father from Alabama, Pat H. Russell, and a mother from Georgia, Ella. Helen was born in Louisiana, to Henry Marshall Hoffpauir (the son of Thomas J. Hoffpauir and Anne Dailey/Daily) and Katherine Euranie/Urina Foreman.

Sources: Genealogies of Shannon Leto (through Shannon’s brother, Jared) (focusing on his mother’s side) – http://www.geni.com
http://www.wikitree.com

Genealogy of Shannon’s mother (focusing on her father’s side) – http://worldconnect.rootsweb.ancestry.com