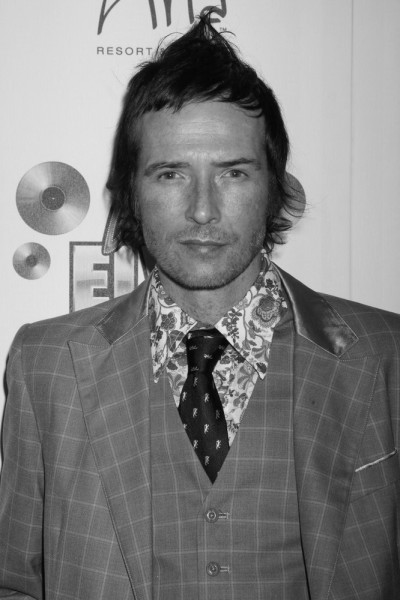 Weiland in 2010, photo by prphotos

Scott Weiland was an American musician, singer, and songwriter. He was known as the lead singer of rock band Stone Temple Pilots. Other members of the band include/included Chester Bennington, Dean DeLeo, Robert DeLeo, and Eric Kretz. Scott was also a member of hard rock supergroup Velvet Revolver, along with Dave Kushner, Duff McKagan, Slash, and Matt Sorum.

Scott was the son of Sharon S. (Williams) Weiland and Kent Richard Kline. He was adopted by his stepfather, John David Weiland. He was married to photographer Jamie Wachtel, until his death. He had two children with his former wife, model Mary Forsberg.

Scott’s paternal grandmother was Florence Gilbertson (the daughter of Oskar Vilhelm Aleksander Gulbrandsen, later William Oscar Gilbertson, and of Anna Elise Arnesen). Florence was born in Illinois, to Norwegian parents. Oskar was born in Oslo, the son of Ole Martin Gulbrandsen and Gurine Pedersdatter Halvteigen. Anna was also born in Oslo, the daughter of Gulbrand Arnesen and Anna Bergitte/Birgitte Hansen.

Sources: Genealogy of Scott Weiland (focusing on his father’s side) – http://www.geni.com