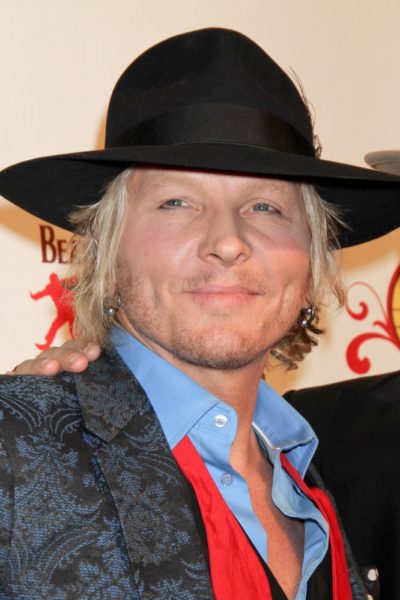 Matt Sorum is an American drummer and percussionist. He was a member of the hard rock bands Guns N’ Roses and Velvet Revolver. Other members of the band include or have included Steven Adler, Duff McKagan, Melissa Reese, Axl Rose, Slash, and Izzy Stradlin. Matt was also a member of hard rock supergroup Velvet Revolver, along with Dave Kushner, Duff McKagan, Slash, and Scott Weiland.

Matt is married to Ace Harper.

Matt’s paternal grandfather was Kermit Burdette Sorum (the son of Nels Sorum and Berith/Betsey Haugen). Kermit was born in South Dakota. Nels was born in Minnesota, to Norwegian parents. Berith was from Norway.

Matt’s maternal grandfather was Robert Wallace Winslow (the son of Leon Arnold Winslow and Elizabeth J./G. Rogers). Robert was born in Portland, Cumberland, Maine. Leon was the son of William H. Winslow and Addie Fisk. Elizabeth was the daughter of Frank E. Rogers and Elizabeth McGraw.

Matt’s maternal grandmother was Josephine Gurnee (the daughter of Morris C. Gurnee and Lillian A. DeMocker). Josephine was born in New York. Morris was the son of John R. Gurnee and Eva/Ella. Lillian was the daughter of Jacob L. Demoeker, who was Dutch, and of Margaret B. Lindsey, who was Irish.