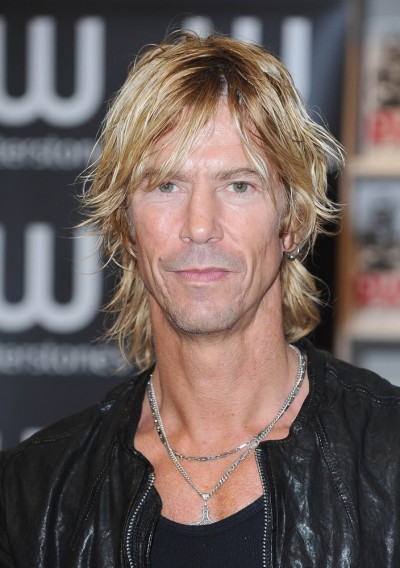 McKagan in 2011, photo by Prphotos

Duff is the son of Marie Alice and Elmer Lucius “Mac” McKagan, Jr. He is married to model and swimsuit designer Susan Holmes, with whom he has two children.

Duff’s paternal grandfather was Elmer Lucius McKagan, Sr. (the son of Benjamin “Bing” McKagan and Elsie Sarah Wilcox). Elmer was born in Wisconsin. Benjamin was the son of John McKagan, who was born in Nova Scotia, Canada, and of Sarah Brownell. Elsie was the daughter of Azzan Stanford/Sanford Wilcox and Amelia Henrietta Steffen, who was German.

Duff’s paternal grandmother was Mary Russell Flournoy (the daughter of Fitzhugh Jeter Flournoy and Elizabeth Russell Jones). Mary was born in Illinois. The Flournoy family appears to be of Swiss-French origin in the late 1600s. Elizabeth was the daughter of Barton Alexander Jones and Maria T. Arnold.

Genealogy of Duff’s father (focusing on his own mother’s side) – http://wc.rootsweb.ancestry.com