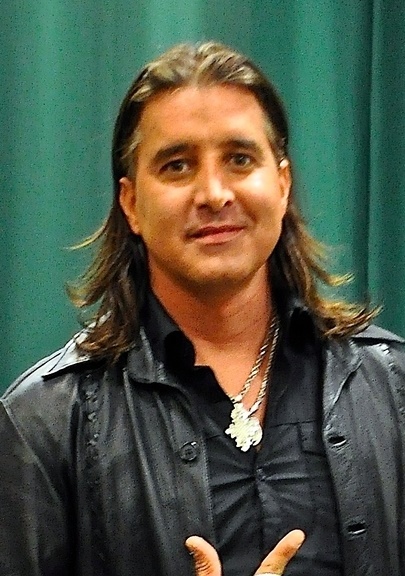 Scott Stapp is an American singer, songwriter, and musician. He is known as a singer for the Grammy Award-winning rock band Creed. Mark Tremonti is also a member of the band.

Scott’s surname, Stapp, is from his mother’s remarriage to Steven Stapp.

Scott has two children with his wife, model, beauty queen, and philantrhopist Jaclyn Nesheiwat, and a son with his former wife Hillaree Burns.

Scott’s paternal grandfather was Ornon/Ornie Vernon/Vernie Flippen (the son of Thomas Archibald Flippen and Harriet Elizabeth Cobbs). Ornon was born in Hornbeak, Tennessee. Thomas was the son of Archibald Overton Flippen and Louisa Laura Page. Harriet was the daughter of William Cobbs and Martha Jane Hammett.