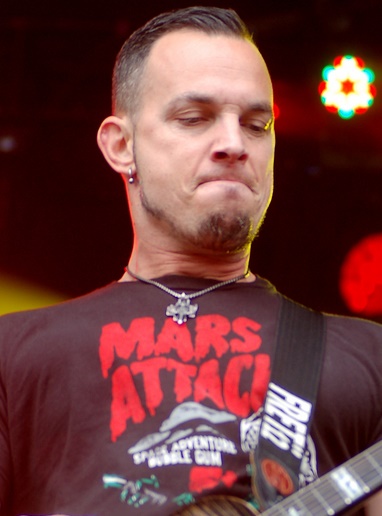 Tremonti in 2015, photo by Prphotos.com

Mark Tremonti is an American musician, singer, songwriter, record producer, and author. He is known as a guitarist for Grammy Award-winning rock band Creed. Scott Stapp is also a member of the band.

Mark is the son of Mary and Michael Tremonti. Mark was raised Catholic.

Mark is married to Victoria Rodriguez, with whom he has two children.