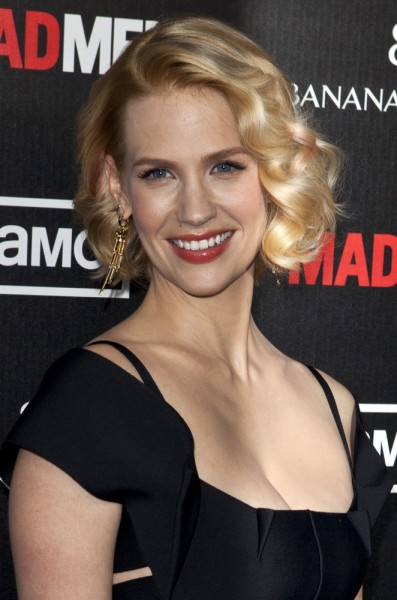 January Jones is an American actress and model.

January’s maternal grandfather was Richard Arthur Cox (the son of Clayton Walter Cox and Hazel Helen Rowley). Clayton was the son of Charles Wesley Cox and Calista Maude Barber. Hazel was the daughter of Samuel Wells Rowley and Madora Thomas.

January’s maternal grandmother is Rosezella Bernice Hanson (the daughter of Hans Jorgen Hanson and Mabel Dagmar Jensen). Rosezella’s parents were both born in South Dakota, and all of Rosezella’s grandparents were Danish.