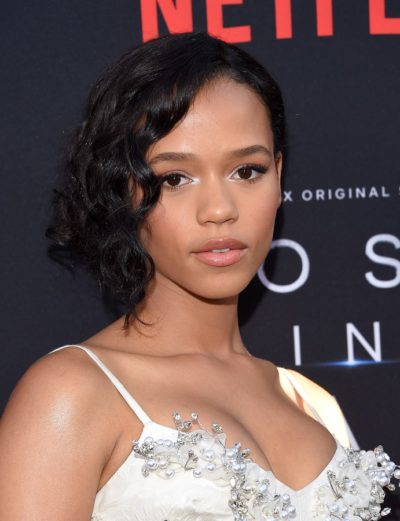 LOS ANGELES – APR 09: Taylor Russell arrives to the premiere of Netflix’s “Los In Space” on April 9, 2018 in Hollywood, CA, photo by DFree/Bigstock.com

Taylor Russell is a Canadian actress. She plays Judy Robinson on the 2018 version of the show Lost in Space, and stars in the Escape Room films, and Waves. She has also been credited as Taylor Russell McKenzie.

I grew up in Vancouver which is beautiful but very Caucasian. When I moved to Toronto there were a lot more Black and mixed people. I have always had people who wanted to touch my hair and Black girls not accepting me because I’m too light-skinned to fit in with them and white girls who rejected me because I was different than them too… A lot of identity issues come from that and I dealt with identity issues growing up because I didn’t grow up with my dad’s side of the family. My dad is Black and my mom is white and we grew up mostly with her side… It can be so confusing and I think race in Canada is so different than it is in America.

She elaborates on her identity further in the link.