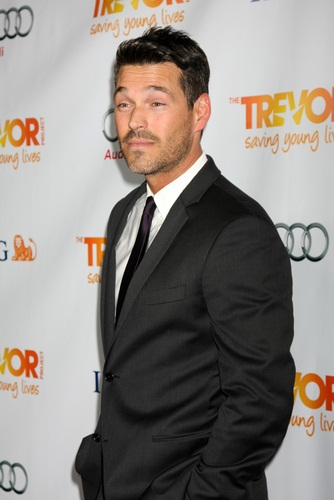 Eddie Cibrian is an American actor. He was born in California, and is of Cuban descent. Eddie’s parents are Hortensia Velia (Balaguer), an office manager, from Camagüey, Camagüey, and Carlos Manuel “Carl” Cibrián, a banker, from Havana. He is well known for his role on the series Ugly Betty. Eddie is married to musician LeAnn Rimes. He has two children with his former wife, model and author Brandi Glanville.