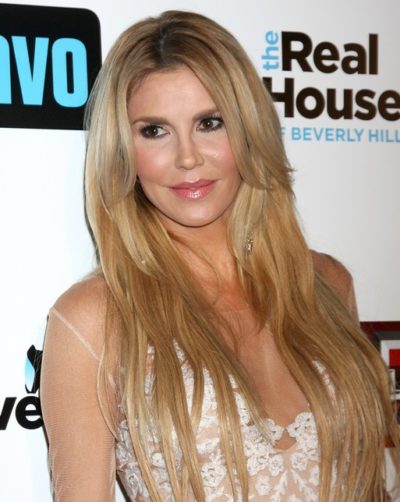 Glanville in 2015, photo by kathclick/Bigstock.com

Brandi Glanville is an American television personality, author, fashion designer, and model. She has two children with her former husband, actor Eddie Cibrian.

Brandi’s paternal grandfather was Guy Warren Glanville (the son of William Thorn Glanville and Lillian Hettie Oliver). Guy was born in Colorado. William was born in England, to an English father and to a Welsh mother. Lillian was born in Arkansas, the daughter of Joseph Oliver, who was Welsh, from Newton, Montgomeryshire, now Powys, and of Hannah Bancroft, who was English, from Derbyshire.

Brandi’s paternal grandmother was Paulette Claudia Hetu (the daughter of William Hetu and Louise Cyrs). Paulette was born in Massachusetts, and was possibly of French-Canadian descent.

Brandi’s maternal grandfather was Kenneth Eugene Swinehart/Hemming (the son of George Hannum Swinehart and Violet Mary Miller). Kenneth was born in Pennsylvania. George was the son of John G. Swinehart and Nora B. McComsey. Violet was the daughter of John Franklin Miller and Addie Naomi Beach.