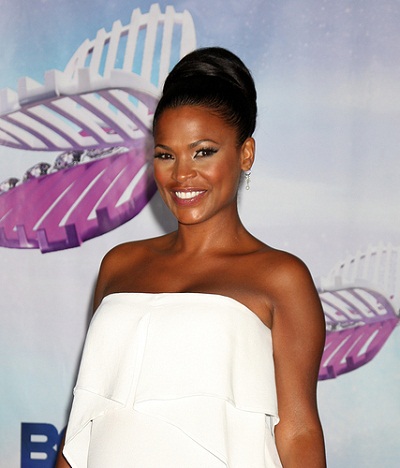 Long in 2011, photo by kathclick/Bigstock.com

Nia Long is an American actress. Her roles include the films Boyz n the Hood, Love Jones, Soul Food, The Best Man franchise, and Big Momma’s House, and the shows The Fresh Prince of Bel-Air and Third Watch.

She is the daughter of Talita and Doughtry Long. Her parents were/are both black. Her mother is of Trinidadian, Grenadian, and Barbadian ancestry. Her father was born in Atlanta, and was of either Caribbean or African-American descent.

Nia’s maternal grandmother is Pearl Miriam Gittens (the daughter of George Benjamin Gittens and Verona Rhoda Sayers). Pearl was born in Grenada, to a father from Saint Vincent (part of Saint Vincent and the Grenadines), and to a mother from Barbados; Pearl was raised in Port of Spain, also in Trinidad and Tobago.