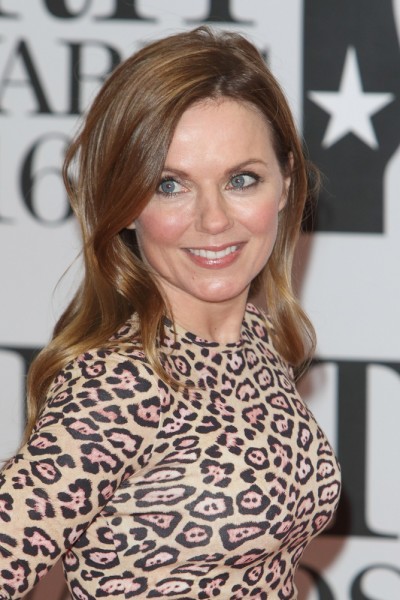 Geri Halliwell is a British singer, songwriter, author, actress, and philanthropist. She is one of the original members of female group Spice Girls, along with Mel B, Victoria Beckham, Emma Bunton, and Melanie C. She is also known as Geri Horner and Ginger Spice.

Geri is the daughter of Ana María J. (Hidalgo-Pueyo) and Laurence Francis Halliwell. Her father is of Swedish and English descent. Her mother is Spanish, from Huesco. Geri has also stated that her father has some French ancestry. Geri’s father took his own stepfather’s surname Halliwell. Her father may have also gone under the surnames Sjövik, his father’s, and Ball, his mother’s.

Geri is married to race car driver Christian Horner, who is Team Principal of the Red Bull Racing Formula One team. She has a daughter with her former partner, journalist, screenwriter, and director Sacha Gervasi; and a son with Christian.

Geri’s paternal grandfather was Mathias Karlsson “Matt” Sjövik (the son of Karl Jonasson Sjövik/Smeds and Anna Greta Josefsdotter Pellfolk). Mathias was born in Harrström, Korsnäs, Österbotten, Finland. Karl was the son of Jonas Johansson Smeds and Anna Maria Andersdotter Ström. Geri’s great-grandmother Anna Greta was the daughter of Josef Karlsson Pellfolk and Anna-Beata Johansdotter Nygård. Both of Mathias’ parents were born in Korsnäs, and were of ethnic Swedish descent, from the Swedish ethnic minority in Finland. Geri has stated that her grandfather was Swedish. The vast majority of people living in Korsnäs also speak Swedish.