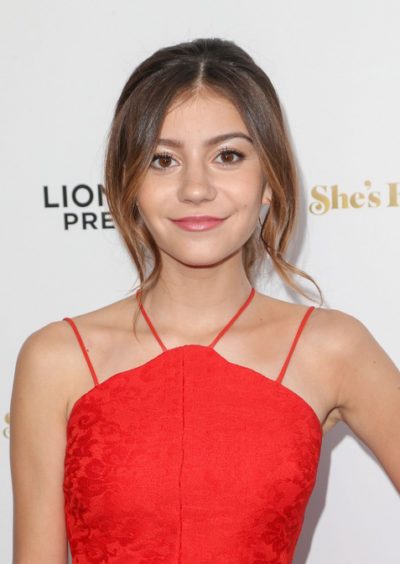 G Hannelius is an American actress and singer.

G is the daughter of Kathy (Knight) and Paul Hannelius. G’s father is Swedish. G’s mother is American, of French-Canadian, Irish, and English descent. G was raised in Falmouth, Maine.