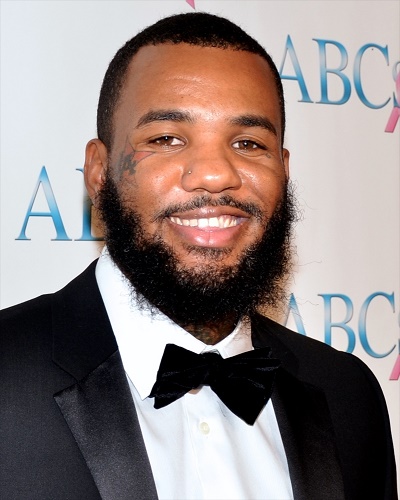 The Game is an American actor and rapper. He was a member of East Coast hip hop group G-Unit. The group’s members include 50 Cent, and, previously, Lloyd Banks.

His parents, Lynette (Baker) and George Taylor, are African-American. He has three children.

The Game is sometimes said to have Mexican ancestry. This does not appear to be accurate.

The Game’s paternal grandmother is Edith Carol/Carole Smith (the daughter of John Wesley Smith and Esther Mae Rayford/Raylord). Edith was born in California. John was born in Mississippi, the son of J. H. Smith and Cora Johnson. Esther was born in Louisiana, the daughter of George Washington Rayford and Josephine “Josie” Walker.